Allterco is a group of five companies delivering innovation through designing, producing and distributing high quality IoT products, driven by the inspiration of the end consumer's dream to live calmly and happily. Founded in Bulgaria and operating with a team of young talented developers devoted to producing competitive and easy to use products that change our world for the better, Allterco’s products have already conquered over 100 markets.

The company sets a whole new trend on the market with its over 100 employees in 6 different countries, on 3 continents. Allterco’s team is engaged in developing innovative IoT solutions and products, focused on two main product lines - smart GPS devices and smartwatches for kids under MyKi brand and home automation solutions from Shelly.

How did it all begin?

Beginning as a company focused on telecommunications and mobile innovations, Teracomm Ltd was founded in 2003 and covered the supply of value-added mobile services (MVAS) in the areas of mobile payments, portals, and solutions for large corporate customers, as well as mobile marketing and notifications for the business.

The IoT unit of the company was established 10 years later with the development of the first home automation system “She”, which laid the foundation of the now well-known brand Shelly. In 2015 the corporation was completely restructured with the affiliate IoT-focused company Allterco Robotics being established. Following the launch of the first GPS/GSM smartwatch for kids MyKi, the first devices for home and office automation under the Shelly line were introduced.

The successful development and realization of IoT products not only in Bulgaria but also in the international markets led to the strategic decision to sell the European telecommunications business and put a focus entirely on the areas of IoT and Wearables.

Allterco carried out its initial public offering and started trading on the Bulgarian Stock Exchange (A4L) in 2016.

Group CEO of Allterco and Head of the R&D division

He is an IT entrepreneur and technology visionary. He started his first company shortly before graduating from high school.

Dimitar Dimitrov is an IT entrepreneur and technology visionary. He started his first company shortly before graduating from high school. It specialized in software development for 8 and 16 bit computers. His next project was REAL TV – a cable television, which provides services in Studentski grad, Kazichene and Busmantsi, as well as in Plovdiv and Krumovo. He is the founder of the newspapers PC Review, Computers and Peripherals and GSM Review.

Dimitar Dimitrov started his business relations with mobile operators in 2002, creating the company DVR OOD, which subsequently became part of Terra Communications AD – a leading company in the development of mobile solutions, platforms and applications. Today he is the CEO of the holding Allterco JSCo, which unites under its umbrella 7 companies. Dimitar Dimitrov is the founder of the IoT business of the Group in his role of a manager first and a director of "Research and Development" later. His main activity is the development of new IoT products and projects.

Wolfgang Kirsch has over 25 years of experience in consumer electronics retailers in Europe.

Wolfgang Kirsch has over 25 years of experience in consumer electronics retailers in Europe.
Before heading Allterco, Wolfgang Kirsch held a senior management position at MediaMarktSaturn Retail Group until 2018, most recently as Chief Operating Officer. After successfully leading the company's expansion in many countries, he is responsible for developing the company's own brands, digitizing the retail business, and connecting online and offline channels in 16 countries, among other activities.
Following MediaMarktSaturn, Kirsch assists international corporations and midsize companies in their digital transformation and business development with direct deliveries to consumers through his consulting firm and as an external consultant at McKinsey & Company and on behalf of private equity firms.
In parallel, he has contributed his experience to the development of several startups such as the retail service provider Vaund and the sustainable coffee maker Vitaboni.
As CEO of Allterco Europe, Wolfgang Kirsch will focus on developing and expanding Allterco's European business through sales and marketing in the respective countries.

US Operations CEO and Business Relations

He is an entrepreneur in the field of advertising with more than 20 years of experience in the sector of telecommunications, media and technology (TMT).

Svetlin Todorov is an entrepreneur in the field of advertising with more than 20 years of experience in the sector of telecommunications, media and technology (TMT). He founded his first company "A-team" - an international advertising agency in 1997 in Sofia, Bulgaria. Later, he focused on the outdoor advertising industry, creating ATA Advertising Ltd. He joined the company and co-established Allterco JSCo in 2004 taking over the responsibility for the management and business strategies of the Group.

Chairman of the Board of Directors

Gregor Bieler has been CEO of Aparavi Software AG since April 2021 and is one of the most respected leaders and pioneers of digital business and culture transformation.

Gregor Bieler has been CEO of Aparavi Software AG since April 2021 and is one of the most respected leaders and pioneers of digital business and culture transformation. With more than 15 years of experience in digital business, his journey began in 1991 by co-founding Waycom Informationssysteme, an ERP systems service provider. Among other roles, Bieler was VP in Sales & Marketing at Logitech Europe, bringing significant growth to the company through a tactical repositioning of the Consumer Electronics & E-Commerce division. He also transformed payment processor PayPal into a customer-centric e-commerce and market-leading online payment service provider as Vice President and Managing Director. Until 2021, Bieler was a member of the Executive Board and General Manager at Microsoft Germany GmbH, where he was responsible for the partner business. Through his strategic as well as analytical solutions, Bieler helped the group achieve an extraordinary track record in Microsoft Sales & Marketing history - from licensing to solution sales and 100% cloud business growth several years in a row. Through special achievements, Bieler received the "IT Channel Mangers of the Year" award twice in a row. As an entrepreneur and founder, Bieler also advises numerous companies as a board member. These include leading companies such as GlobalLogic, Dustin, ATOSS Software AG, ROBUR Industry Service Group GmbH and numerous others.

Mirche Atanasovski has over 20 years experience in telecommunication, business development and international sales.

Mirche Atanasovski has over 20 years experience in telecommunication, business development and international sales. Started his career with Deutsche Telekom in Macedonia, and joined Allterco Group as Business Development Director in 2012, as of 2016 he took over the Chief Commercial role of the Group. Under his leadership the company expanded the partners footprint in over 30 countries worldwide, and is selling products in over 100 countries worldwide.

Independent member of the Board of Directors

With over 18 years of experience in the field of capital markets, public companies and finance, Nikolay Martinov is a valuable advisor and independent member of the Board of Directors at Allterco.

With over 18 years of experience in the field of capital markets, public companies and finance, Nikolay Martinov is a valuable advisor and independent member of the Board of Directors at Allterco. He started his financial career as a commodity broker on the Sofia Commodity Exchange in the period 1991-1993, and since 1993 he has been a broker on the Sofia Stock Exchange and the Balkan Stock Exchange. His career induces a number of prestigious financial organizations. Since 2018 he is co-founder and managing partners of equity investment company Impetus Capital. Alongside his unmatched financial competence, he holds a master's degree in computer technology from the Technical University of Sofia.

Svetozar Iliev has more than 15 years of experience in the field of finance, of which 10 years are related to the sector of technology, media and telecommunications.

Svetozar Iliev has more than 15 years of experience in the field of finance, of which 10 years are related to the sector of technology, media and telecommunications. His career began in 1999 in the field of venture capital and corporate finance in Southeast Europe. Before joining Allterco in 2010 he gained experience in the media & communications business as the Deputy CFO at Nova Broadcasting and CFO at Diema Vision.
He has a Bachelor's degree in Business Administration from the University of Portsmouth, United Kingdom where he graduated with honors. Svetozar holds a Financial Analyst Certificate (CFA) and is a member of the CFA Institute (USA) and the Bulgarian CFA Association. 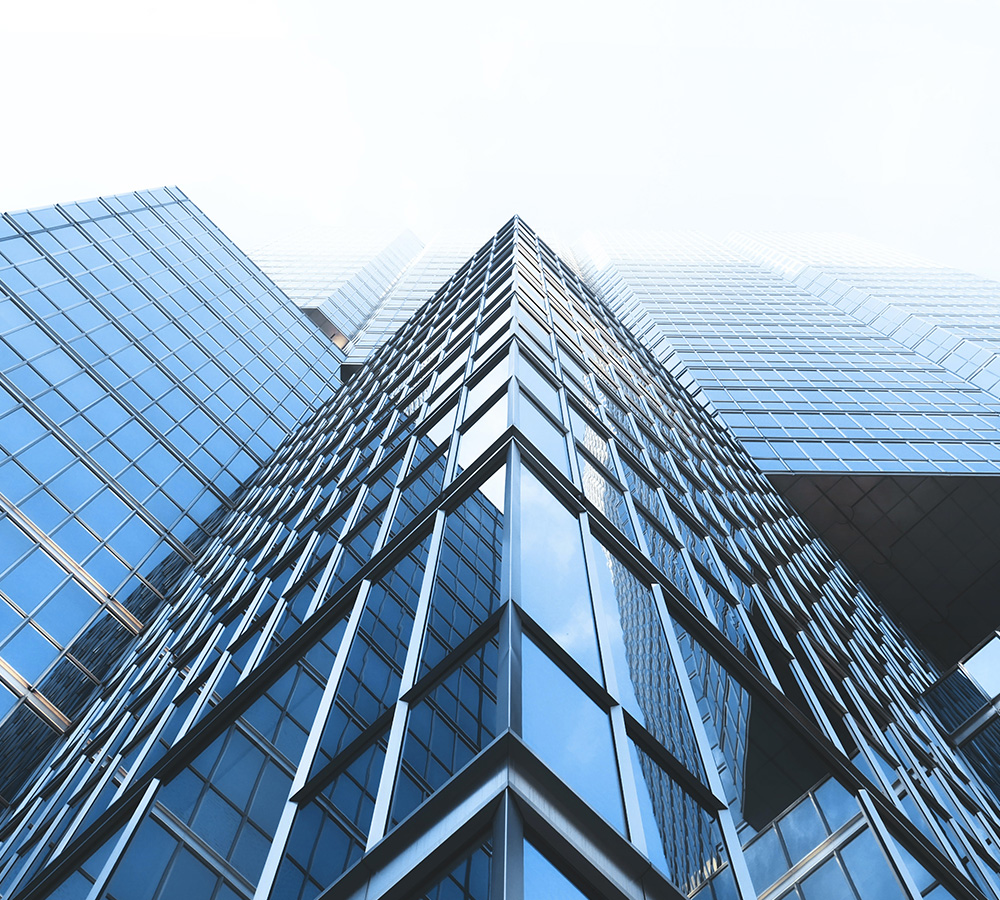 German office
Allterco’s German team is focused on the new markets development, supervision of the DACH region, and the implementation of the company’s marketing activities.

The main headquarters of the company is located in Bulgaria’s capital Sofia. Тhe main office harbors the Sales and Marketing teams, as well as the Research & Development division and the Shelly Support services.

Allterco Robotics US was established in 2019, based in Las Vegas, Nevada. Responsible for developing the IoT business in North America through direct online sales, as well as through distribution and installation partners in the region.

Additionally, the company has offices in Singapore, Malaysia, Thailand, and China.

Allterco and the affiliated company Allterco Robotics has become one of the fastest-growing IoT companies, and over the years, has also won several major awards for their innovations.

See what people are saying

Allterco JSCo participates in the Analysis Coverage Program of the European Bank for Reconstruction and Development (EBRD).
The independent analysis company of the Program – Wood & Company – is periodically publishing reports with analysis about the participating companies in English, which are publicly available free of charge on the specially dedicated for the Program analytic hub.
The reports about Allterco JSCo are available in company’s section in the analytic hub. See here.