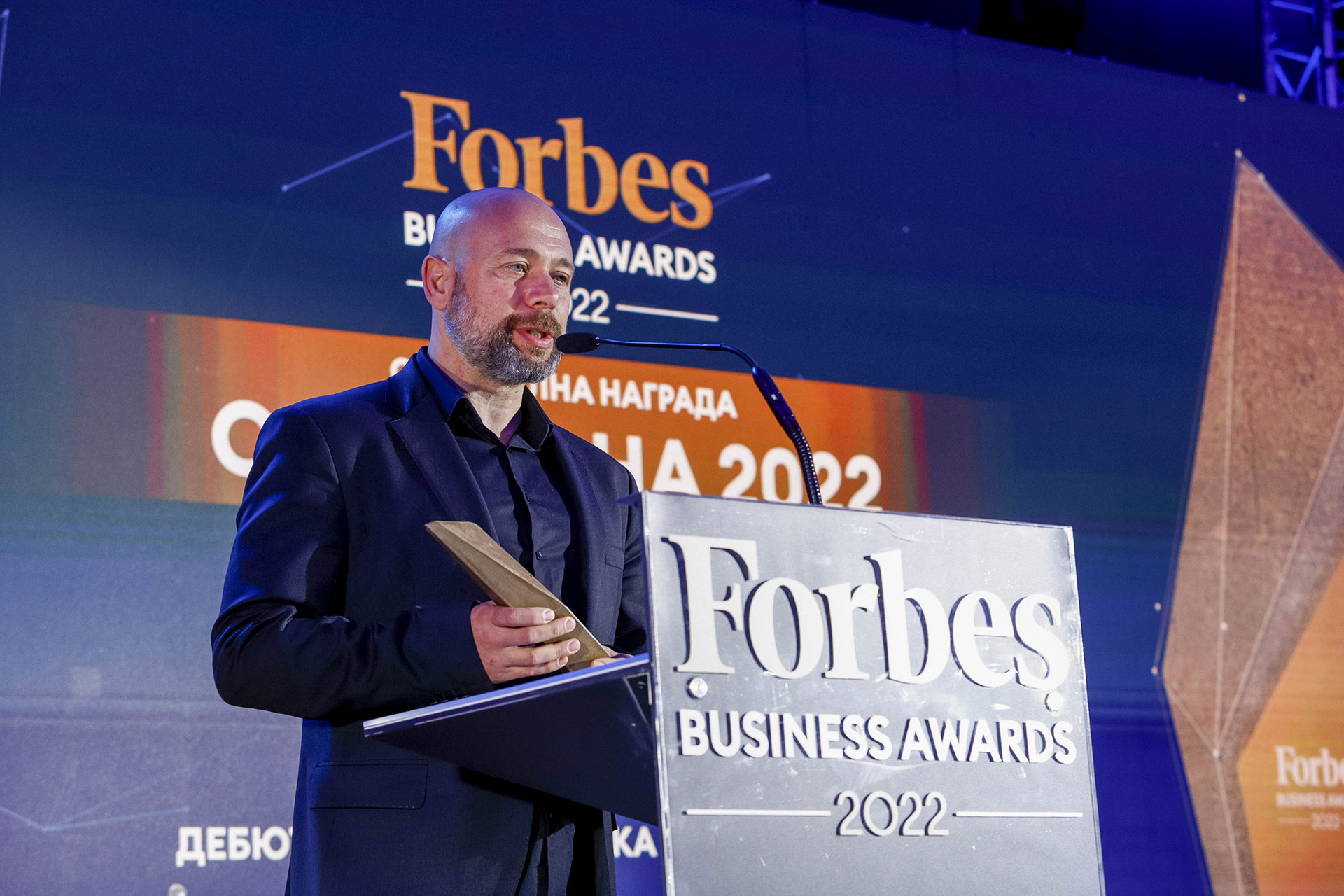 April 18, 2022, Sofia – Allterco’s dual listing on the Frankfurt Stock Exchange has been recognized as the most impressive deal of 2021 at the Forbes Business Awards 2022. The listing took place last November and thus the smart device manufacturer became the first Bulgarian company to have its shares listed directly on the Frankfurt Stock Exchange. Following this stock exchange debut with a secondary listing in Prime Standard, the segment with the highest transparency, Allterco’s market value exceeded BGN 500 million. The deal is a huge success for a Bulgarian company, which not only testifies to Allterco’s great ambitions for growth and development, but also to the company’s potential to revolutionize the IoT market.

“2021 was an extremely successful year for Allterco and this award is a proof that the team’s efforts are paying off. I’d like to thank Forbes for the award! To us, it’s a recognition for our great job, as well as a motivation to innovate and conquer more peaks and markets. We continue boldly forward and no wonder to see you here again next year”, commented Dimitar Dimitrov, CEO of Allterco.

The special award “Deal of the Year” was presented to Allterco at a stylish ceremony with many official guests, leading businessmen, diplomats, and media. Forbes Business Awards are among the most prestigious awards in the country, recognizing the champions of entrepreneurship of the year. The Bulgarian IoT company (BSE: A4L / ISIN: BG1100003166) became the first winner of this special business award in the newly launched category “Deal of the Year”.

Founded in 2016 by IT entrepreneur Dimitar Dimitrov, today Allterco is a leading European IoT company with a focus on smart innovations facilitating the user’s daily life. Allterco operates in Europe, the US and Asia with a partner network in 100 countries and is the only Bulgarian company with a direct dual listing on the Frankfurt Stock Exchange and the Bulgarian Stock Exchange. Its shares are traded on the BSE since 2016 and have increased in pricing by 1100% ever since. For 2021, the company recorded a +51% increase in sales revenue with over EUR 30 million in sales revenue on a consolidated basis. In the last year alone, Allterco has successfully launched 10 new devices and 2 new product lines. This year the company plans to surprise consumers with new devices, with the main focus remaining on its two most successful sub-brands – the Shelly home automation line and the MyKi line of GPS smartwatches for children.

Allterco reported 26.2% increase in consolidated revenue from sales of devices for Q1 of 2022